Meet Andy & Vonda – Married for 50 years, parents to 11 children, and grandparents to 31 grandchildren, they are a dynamic and loving couple who have shared many sweet memories together. Andy started attending Grace Center in 2016, after being diagnosed with Parkinson’s disease 13 years prior. He was also diagnosed with Dementia 9 years into his diagnosis of Parkinson’s. As Andy’s disease progressed and his need for help and support increased, Vonda shifted into a new role in life – the role of a family caregiver. Things continued to change for Andy and Vonda and eventually they moved from their home in California to Corvallis. “Andy and I had moved away from most of our family to be closer to good doctors.”

With much of their support network back in California, Vonda started to recognize she was going to need some help. “Honestly, I was so overwhelmed at that point….I was at my wit’s end. “ While attending a local support group, Vonda first learned about Grace Center’s program and how it is designed to support family caregivers by providing them respite during the day. Vonda knew this was the help she needed, but it didn’t make it any easier to take the first step. “I was very nervous about using Grace Center at first.”

Vonda is not alone; many caregivers struggle with understandable nerves or even guilt at the idea of having someone else care for their loved one so they can get a short break from caregiving. When recalling Andy’s first day at Grace Center, Vonda shares, “When I first dropped him off, it almost felt like a betrayal….It felt exactly like it does when you take your son or daughter to their first day of kindergarten.” She knew Andy was going to receive exceptional and compassionate care but it was still hard for her at first.

And then there was the adjusting to having free time – surprisingly challenging at first! “The first couple of days I really didn’t know what to do with myself! But then slowly I started to feel this freedom and learned what to do with it…walks, going to the movies, and exercising…all things I hadn’t had time to do in years.” Andy may have been unsure about going to Grace Center at first too but when Vonda would pick him up at the end of the day and he would have a big smile on his face and be able to express how much he enjoyed himself, Vonda knew she was making the right decision for the both of them.

Andy was experiencing newfound freedom as well. Thanks to our ambulator, during his early days at the center, Andy was able to walk independently at Grace Center, a big change for him as he usually relied on someone by his side at all times. And even though Andy has difficulty transferring independently and has incontinence care needs, Grace Center’s sit-to-stand transfer device and trained staff allow for all his care needs to be taken care of seamlessly. Vonda knows Andy is well cared for at Grace Center, “The staff are so great – they interact with him a lot and really got to know him; they know his history and genuinely care about him. I can tell that by the way they take care of him and how they are willing to change things to make him more comfortable, like giving him his medication in ice cream to make it easier for him to swallow.”

The Grace Center helps my Dad with his social needs and keeps him out of social isolation. He really enjoys the performers they have there. He did the morning exercises, he learned from the Grace Center, at home during the COVID-19 isolation. I know my Dad is safe when he is at the Grace Center. I need those few hours that he is there to rejuvenate! 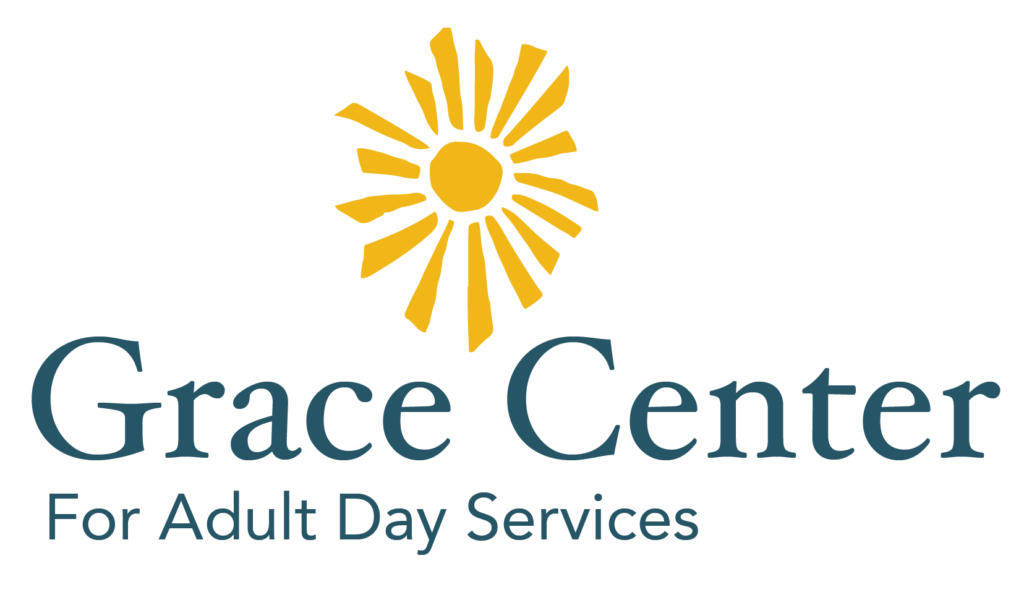